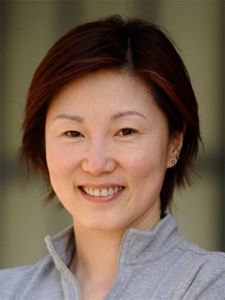 Our goal is to understand the structure, function and plasticity of the mammalian visual system. We use a combination of electrophysiological and computational approaches to analyze how visual information is coded in the spiking activity of neurons in the thalamus and the visual cortex. Properties of the visual cortical circuits are studied in the intact brain as well as in cortical slices. We are also interested in understanding how response properties of visual neurons and the connectivity between them are shaped by visual inputs in developing and mature animals. Current Projects:Multi-electrode recording of spatiotemporal neuronal activity in the visual system of the cat is made to analyze information coding in ensembles of neurons. We characterize the response properties of visual neurons quantitatively and develop optimal decoding techniques to extract visual information from the recorded responses. Both mathematically derived optimal decoders and artificial neural networks are used to reconstruct spatiotemporal natural scenes from the recorded neuronal responses. Our goal is to learn how to read the ensemble neural code in the visual system. To facilitate our study of ensemble neural processing, we are collaboration with Dr. Luke Lee’s lab in Bioengineering to develop integrated biofluidic multi-electrode recording systems.Visual cortical circuits are studied in slices with the whole-cell patch clamp technique. We aim to understand the synaptic connectivity underlying the response properties of cortical neurons. Concurrently, newly developed in vivo whole-cell recording technique will be used to dissect out the excitatory and inhibitory synaptic inputs, and various voltage-dependent membrane currents underlying visual responses. The combination of these in vivo and in vitro techniques will allow us to elucidate the function of various cellular components in information processing and help to bridge our understanding of neuronal functions at the cellular and the circuit levels.Several computational tools, such as information theory and systems analysis with white-noise inputs, have proved to be useful in studying information processing in the visual system. Theoretical analysis and modeling are carried out concurrently with in vivo and in vitro experiments to facilitate our understanding of the function and plasticity of the visual circuits.